The Mills of Collao

THE MILLS OF THE COLLAO OF BENISSA

In the Collao section of Benissa 300 metres above sea level, four windmills were built in the mid-19th century (1850, according to the year engraved in the stone) to take advantage of the wind and sea breeze. Three of them currently remain standing, in reasonably well-conserved condition. 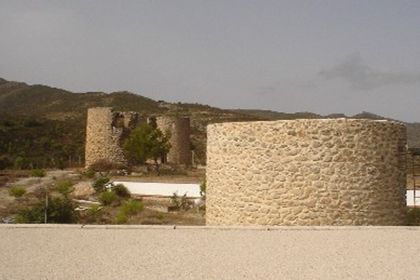 Windmills emerged as a fundamental tool for milling wheat, a product that was beginning to become industrialised in the mid-19th century and acquire importance along with growing raisins. By the end of the century, the mills became outmoded due to the appearance of other energy systems and reduced wheat production in the area.

The Collao mills have a circular shape and a slightly conical tower. They are made of a one metre thick wall of ashlar blocks, which become slightly less thick in the higher sections of the mill. Their height is 7.30 metres and the diameter 7.00 metres. They had an access door on the ground floor, and intermediate floor resting on wooden beams and an upper floor over a masonry vault. Access to the upper floors was via a stairway against the wall located to the right of the door.

The ground floor was used as a storage warehouse, collecting the milled flour which came down from the upper floor through a tube. The middle floor served as a bedroom for the miller and tool storage area. The machine of wood, iron and the millstone was found on the upper floor. There were up to four windows on each floor aimed at the four winds. The mill was topped by a conical roof with a wooden frame, covered with plant fibres or wood struts. 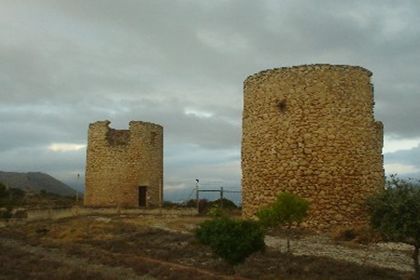 In 1968, a tank was built in Collao to store the water coming from the Camí Sanet well in Benidoleig, in which the Benissa Town Council had purchased shares for supplying water to the town. Two more tanks were built in the ‘70s and '90s. During these works, the partially renovated mills were used as warehouses to store cement.

Thus, the Collao acquired another use from 1969 on, moving from milling wheat to supplying drinking water to the town of Benissa, achieving sufficient pressure

The space occupied by the drinking water tanks is fenced off, in compliance with sanitary regulations. Two of the mills are inside the walled-off area while the third is outside the fence and is privately owned.

It is possible to visit the mills by setting up a date with the Municipal Drinking Water Service. The tours take place on Saturday mornings. 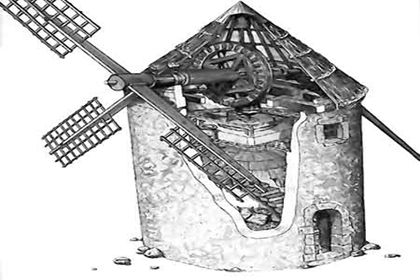